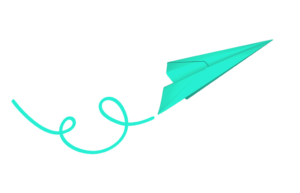 Women in the workplace can get to a point in their careers where they have achieved a certain level of success and have a feeling that they want more. This career success to date has often been built on hard work, diligence, and the demonstration of behaviors and habits that have served as strengths to drive success to this point.

What happens next can be surprising. Often women can feel they reach a plateau, feeling kind of stuck, in the level of their position, their salary scale or a general feeling that they are not creating the impact and progression that they had felt previously.

Think of this as the end of a season, the transition from summer to autumn where we may need to get used to take a jacket along. It is a time to stop and take stock of what we may require to be different to move into the next season. There are many, many different “seasons” as women progress in their careers that will require an intentional commitment to doing things differently. Such as, when first starting out in careers there is tendency to work very, very hard to prove oneself and get ahead, returning to the workplace after becoming a mother is a different season, discovering your strengths and applying them in a new totally different role could be another season. Applying conscious effort to thinking, acting, and communicating differently for each season is integral to success.

Particularly, when entering the world of leadership, the very same behaviors and traits that have been successful in one season are not the same ones entirely that will be needed in the next season. Habits and behaviors that have previously served career success need to be unlearned and new habits need to be formed.

What are some indicators that a person might be stuck?

One sign to look out for is staying in a position longer than some of your colleagues do or wanting to start your own business but making excuses about the timing not being right etc. How about when you are having a performance review with your manager or a conversation with a colleague, a potential business partner or supplier or customer and you realize in those discussions that something that you believe you are contributing to the organization isn’t necessarily being recognized or appreciated? You find yourself in the position of not representing what your full value is, which can keep you stuck. Another sign is when you see people progressing that aren’t necessarily contributing at the level you are, sometimes they are getting promoted ahead of you or in business this may be causing you frustration when others are not pulling their weight. All of these can be indicators of stuckness.

What is required is to create awareness around what habits are getting in the way of progress and move forward into a new season where rewiring the focus to an inward perspective and take action towards creating new habits. Things like challenging the way we work, optimizing our connections, taking more risks, doing things imperfectly, asking for the help we need, accepting that we need more help, getting creatively resourceful, letting go of things that may have previously been super important, getting better at self-care.

TAG – Get in touch